Once again, it's been rather quiet on the blog of late, principally down to working on promoting the new edition of Hawkwind: Sonic Assassins and thinking about the next book project, so there's a collection of releases intended for review that I've not got to here - I'm officially in 'catch-up' mode!

Sulatron Records, from Germany, have kindly sent over their recent albums, and I wrote about Sun Dial's latest record in the pages of Record Collector fairly recently, but I'll cover it again here as part of a summary of the package of music that Sulatron have submitted for review. Firstly though, there's a CD from Sherpa, Tanzlinde, that I've listened to a few times, searching for the right mood to appreciate it, because its exactly the sort of thing that I want to hear... but I want to hear it when the right moment strikes, and I felt that the first couple of instances I played it, it wasn't right for me... or I wasn't right for it. 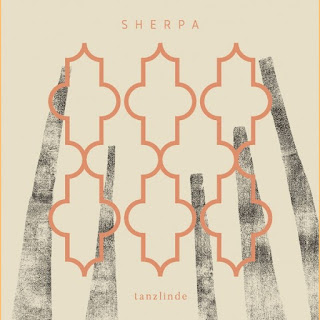 Today's a better day to give it a spin! Sherpa are a Neo-Psych band from Abruzzo in Italy, and Tanzlinde is their first album, with the label making nods in the direction of Robert Wyatt, and to Popol Vuh, when describing it in their press. It has a misty, dewy feel to it, hanging in the air of the mountains they come from, calm and contemplative, that aura of something immovable, immeasurable old, mystic. The vocals on songs such as 'Loto' speak in a way that's tribal in a way, in the way that they seem to want to impart something timeless and wise, heartfelt. Perhaps that chimes with the way Sherpa talk about the meaning of the title. "Tanzlinde means the the linden tree, under which people find time to return to themselves, to connect with their innermost feelings. It is a metaphor for strength and growth." And, as you anticipate from their band name before ever starting on the music, they take the strength and sound of Eastern culture to inform their music. It can be a busy percussive sound, such as on 'Big Foot', or, elsewhere, calmer, more introspective, tunes that have a quality of equilibrium about them. So this is a record that might not catch you on first play, that you might not be ready for, or which might be waiting for you to find the right space for it, but stick with it, play it and play it again, and its haunting stillness will come to find you.

Let's talk about the new Sun Dial album, then, because I reviewed it for Record Collector and gave it three stars under their rating system... and three stars is a solid review which means 'good', but I almost went for four before backing down, and I think there's the sense in the review that I preferred the initial entry in what is projected as a trilogy of records, Mind Control, which Sulatron also released on CD, after Gary Ramon's outfit had self-released the LP version, reviewed here back in 2013. But of course, doing the blog gives greater time to live with any particular album (see Sherpa, above!) and expound on its merits at greater length. While I'll stick with that notion in my mind, because I really liked Mind Control a lot, I've been playing its successor, Made In The Machine, quite often since writing my original review of it.

Air-raid sirens herald its contemporary Hawkwind-like opener, 'Meltdown'. "Shockwaves filter through the spine ... only fate can save us now." It's shrilling insistence, mixed with returning sirens, mark it out as a powerful statement, energized and purposeful. That sense of urgency continues into 'Contact', bright, vibrant vibes around a repetitive theme which has a touch of the Didier Marouani about it, a thrilling opening pairing. That's often the modus operandi on this record's fairly contained tracks - there's only one truly extended piece with most coming around the four-minute mark - to create a hypnotic pattern around which the musicians play, so its immediately engaging, with a proper flow from track to track. Vocals surface only occasionally from the sequences, giving the journey a narrative nudge, but this record is predominately about its tunes, about sound and patterns.

Sometimes, such as on 'Spacedust', it's bubbly and frenetic, what I described in RC as being motor-on motorik ideas, a quirky, weird in a good way, playful twist of the kaleidoscope. Then even if it sometimes becomes more muscular underneath, it's still with that sparkling effervescence on top. Perhaps that's what best describes the difference between Mind Control and Made In The Machine, that the younger sibling has a sense of fun rippling across the top of its tunes, bursting to come and play.

That doesn't mean it doesn't have space-rock gravity. Though there's a deftness of touch, and that enjoyable exuberance, about many of the tracks, it still has a deep space atmosphere to it, 'Regenerator' being like a probe exploring through the rings and moons of a planet, a trekking star odyssey, with robust chords and propellant drumming. There's a zippy Eastern odyssey as well, in the sitars and boings of the fourteen minute 'Autopilot', before "sonic waves are raining" in the album closing 'The Gates of Eden', heavy and moody but still possessing that energy which makes this record such a good listen.

So, that's Part One of our Sulatron write-up... Part Two will be with us shortly!

Posted by Ian Abrahams at 19:16 No comments: