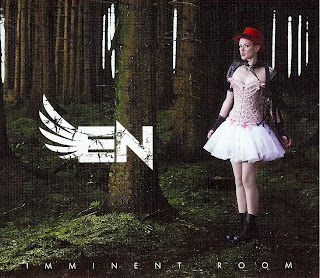 Once again, something that isn’t by any stretch of the imagination a space-rock record but one that fits the overarching themes that I’ve been writing about on here since it’s a work that is eclectic, vividly imaginative, distinctive, challenging and with character – and one that I’ve been looking forward to hearing and writing about for some considerable time. Mind you, slip this disc into the player and sit back awaiting the melodically discordant opening bars of its first track, ‘Manikin’, and we could almost be thinking that we are in what this blog considers its traditional stomping ground!

Erica Nockalls, as I’m sure many followers here will know, is violinist in The Wonder Stuff (I’ve just received a copy of their new record, Oh No It’s The Wonder Stuff and will be writing about that here or elsewhere in due course), plays as a one half of the TWS ‘downtime’ acoustic duo Miles Hunt & Erica Nockalls, and performs as a session musician with many notable ensembles. She’s mostly recently – outside of TWS commitments – toured in the UK and Europe with Fink.

Imminent Room is an album that is full of personality and honesty. Its personality is that of a seeker, looking for meanings and endeavouring – successfully beyond argument – to define meaning in creativity and to express that creativity in different ways, but in ways that are distinct from the artist’s regular work and which satisfy a need to produce something that stands alone, distinctive, from other music. So I might want to, at one point for example, draw a Kate Bush comparison, or other comparisons in other places, but as a body of work this marvellous record has such a unique and heartfelt voice that it’s one of those times where to draw any analogies is disingenuous. “I’ll have my day one, one day”, Erica sings on ‘Day One, One Day’, and notes its subject as “not being able to stop”, and it means something to the listener searching for that chance to start from zero and redefine. (Erica asked on a Facebook status post the other day, “What advice would you give your younger self?” and among the replies I’d noted “Don’t get stuck in the day job” but in truth we’re all looking for another Day One no matter who we are or how satisfied with what we’ve achieved in life).

If that’s its personality, then its honesty must surely be about relationships, since it reads to me that the whole album is preoccupied with them. ‘It’s Killer, Darling’ seems to offer a juxtaposition to the notion in ‘Day One, One Day’, noting how “We’re happy in our droves, happy with our hoards”; ‘Cut Them Out’ bemoans a situation where “our relationship is radio silent”, while ‘I Am Me, This Is Now’ robustly states how “I was like this when you met me / I’ll be like this when you leave” ... are we really that immutable ... do we “dance our merry little dance and be on our way” as ‘It’s Killer, Darling’ claims? ‘Goodbye Spider’, with its subject header of ‘release’ seems to think so as well, but actually each relationship interconnects into the creativity and vision of the artist and perhaps what we’re presented with is a travelogue that explains the complexity of the individual through life experiences.

So if the lyrics are part of the complexity of this record, the same really is true of the music which switches between programmed, full-band, rock and classically-tinged compositions that have brittle and febrile textures to them that really complement and describe the emotions and frustrations that Nockalls writes about. There are guest appearances from Miles Hunt and Wayne Hussey among others but this is still properly a solo album that could only be by one specific person and couldn’t possibly be the vision of anyone else. If, as she suggests in the liner notes, was looking to place into the musical void, something that “sonically, lyrically and viscerally pleases” and that was something that she felt was missing from the colour palette of music being currently written and played, then I’d hope Erica will continue to come back to this achievement and recognise that in Imminent Room she has produced something of heart and stature, and of lasting value.

Erica Nockalls Website
Posted by Ian Abrahams at 16:08 No comments: 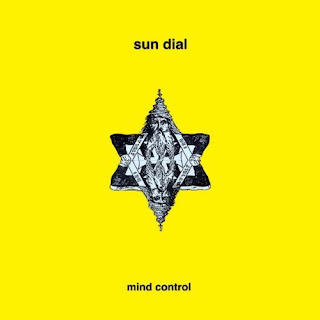 I pondered starting this review with a picture of yours truly wearing his Sun Dial T-Shirt, generously sent over by the band when I reviewed their Processed For DNA – Anthology 1990 – 2010 album in Record Collector a couple of years back. Hmm, it’s the time of New Year Resolutions so perhaps we’ll wait for the slimmer version of Ian Abrahams before blogging that particular image. Or, indeed, not at all.

That compilation album, which I described as being “Dense and dirty, laden with fuzz and majestic in the sweep of leader Gary Ramon’s ambitious vision”, I heard as ranging from “the delicate acoustics of Pumpkinhead, augmented with the violin of Current 93’s Joolie Wood, to the haunting Plains Of Nazca and on to the abrasive grind of Ghost Machine” and considered “this selection is attention-grabbing mission statement for the forthcoming reissues.” It seemed like a really good starting-point for a regeneration of Ramon’s work, with an eponymous new album following quickly on behind it and a programme of back catalogue reissues scheduled through Cherry Red. At the same time, Shindig! ran an excellent interview and profile and it seemed like things were really getting going again following an extended on-off hiatus period really from 2003’s Zen For Sale onwards.

I don’t know what happened with the reissues; perhaps they did indeed surface but off of my radar or perhaps they died. Looking at Cherry Red’s website, I see that they are indeed listing editions of Reflecter , Other Way Out, and Return Journey that were issued as part of that reissue sequence, though it seems to have come to a halt thereafter. That seems a huge shame, if indeed that is the full extent of Cherry Red’s involvement with pulling Sun Dial’s history together,  as there is clearly a swathe of material stemming from releases on myriad independent labels – LPs, EPs and Singles – that would benefit from being drawn together in a cohesive catalogue.

What has now arrived is an impressive new LP – Mind Control – that comes in heavy-duty 180 gram vinyl encased in a gatefold sleeve and with a bonus poster included as well. And when I say ‘impressive’, I don’t simply mean the loving care with which this new work is presented, I’m waxing lyrical about the music that’s pressed upon it as well.

“Mountain of fire and miracles / selling salvation for your soul”, Ramon intones on the sparse opener, ‘Mountain of Fire & Miracles’, predicated on the bass of ‘Scorpio’ and the economical drumming of Conrad Farmer with Ramon’s punctuated guitar riffs colouring the space in-between; moody and introspective, digging deep into the psyche but with stark Kraut minimalism and with the lyrics suggested as being ‘death space rock’. It sets the tone and tells the listener that this is a very different Sun Dial than we’ve heard before, particularly if compared to the band that recorded 2010’s punk-infused Sun Dial, and that’s reflected as we delve deeper into the tracks. ‘Radiation’, for example, is an esoteric and Eastern-inspired instrumental piece, full of mystery and atmosphere and, despite the title, possessing a vista of wide landscapes and a sense of liberty. ‘Burned in’ is a snapshot, still with some Eastern background rhythm and gentle keys but emerging out of static, fuzz and clicks and sort of Eno-esque in a way.

This all gets picked up and accentuated in the lovely ‘Last Rays of the Sun’, a ruminative travel-scape that flickers and then brightly burns with luminosity and vibrance where you feel that if you were really being bathed in the Sun’s dying embers then it would be a warm and peaceful moment of no regrets, and comforting in a languid and peaceful way, a perfect way to see out the universe and slip away. It’s a simply beautiful composition.

‘In Every Dream Home A Heartache’ is an intriguing cover of the Bryan Ferry / Roxy Music number, not least because it starts out as though it’s a quiet and slowed down interpretation of Hawkwind’s ‘Assault & Battery’, it has a resonance of that song which is quite curious... so that it almost seems that the Hawklords notion of Hawkwind playing Roxy Music is reversed and inverted so that we have Sun Dial channelling Hawkwind into Roxy Music... a strange thought – though perhaps not so strange in reflection – but one that absolutely works to perfection.

Pick of the album: You know, I’d love it to be that wild take on ‘In Every Dream Home A Heartache’ but as I write this I’m playing on repeat ‘Last Rays of the Sun’ and luxuriating in its psychedelic drift. Just lovely.

Posted by Ian Abrahams at 14:24 No comments: