This Planet Is Doomed - The Science Fiction Poetry Of Sun Ra 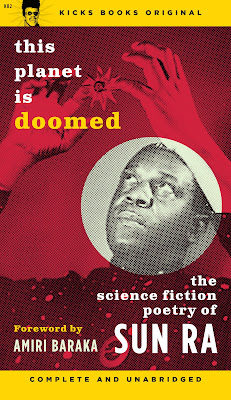 Kick Books Website﻿
Posted by Ian Abrahams at 07:41 No comments:

I've received a few invites recently to album playbacks – my remoteness from London generally precludes my acceptance – and they seem to be a developing method by which record labels will solicit reviews in the music press without distributing promo or finished products, generally I guess because of a fear of said music being leaked on-line in advance of the release date proper. Huddled together in a room, the massed ranks of music journalism receive a one-off advance listen to a major release, take notes and from that cut their text. I have to say I'm not particularly crazy about that since the label – artist – journalist relationship should entail a level of trust between all parties, and the methodology of proper criticism requires a more one-on-one intimacy with the work but I can understand the concerns and risks regarding promotional material. 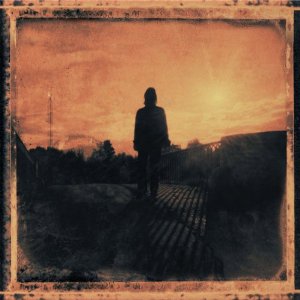 Check with venues before travelling.
Posted by Ian Abrahams at 16:57 No comments: 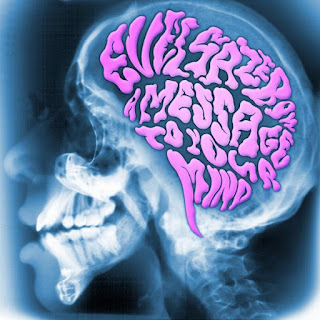 Though I've still got a MySpace page I've joined the ever swelling ranks of those who've basically abandoned the concept; its social networking facilities were long ago surpassed by Facebook and I see a slew of user-friendly sites that have overtaken MySpace for ease of music delivery so it seems to me, as I know it does for many others, a rather redundant method of getting music to the masses as it were. I guess, then, that other on the rare occasion I'll log-in to check any messages that might have arrived, I'm now only visiting there if I'm specifically direct there – in this instance because of an e-mail from Evel Gazebow's Graham Davis asking me to check out their music.

London-based Evel Gazebow are Graham on guitar, vocals, bass, keyboards, writing and production alongside Did Dilley who provides drums, vocals, and percussion and they advise that they've been performing Hawkwind's Space Ritual, in its entirely, "complete with space poems, back projections and scantily clad dancer." They've even provided their rendition at The Royal Academy of Art for an event curated by Turner Prize nominee Mark Titchner that was billed as The Psychosomatic Acid Test.

What they've made available on their MySpace, however, are their own songs. "We drew inspiration from listening to some of our all-time favourite bands," they tell us. "Pink Fairies, The Deviants, Hawkwind, Gong, Amon Duül, Edgar Broughton Band, Syd's Floyd... we've tried to keep some of the 'stoned, lazy feel' evident in the music of all of those bands [but] we've also added some additional 'stoner – punk – kosmische – folky – pop – eastern – electro' stylings, and some Zappa / Mighty Boosh-esque humour." That's as sharp a summation as any of what these guys are up to here with their collection of lo-fi but evocative demos.

They've eleven tracks available on-line. 'A Message To Your Mind' starts with what I'm guessing are backward tapes before launching into a insistent and imploring slice of psychedelic fuzz with a really mind-melting groovy and jamming instrumental break; 'Little White Dress' has an infectious Eastern motif that runs through an otherwise quite whimsical number. 'Invisible Tractor' is very 60s Hippie stuff featuring a robust bass line punctuated with bright splashes of keyboard whereas 'The Times They a-Changed' has Hawkwind sci-fi effects leading into cosmic lyrics and again some nice Eastern tinges but doesn't really distinguish itself with its rather generic psychedelia even though it has a sweet sound. 'Bubbling Under', however, delivers exactly what its title suggests... a spacey, drifting and, yep, bubbling, dreamscape with an oceanic splash at the end that is really quite infectious. I liked that one a lot.

After that interlude, 'Swordfish 2010' gets all pulse-pounding space rock with punk rock vocals and a roving bass line before 'On The Edges' invents the whole new side-genre of alt.space.folk.country; 'Secret Door' is more improvisational fuzz-laden music with a 60s vibe to it, all bright lights and mini-skirts and which invokes for me those strange cut in and cut out cinematic effects that used to be so beloved of directors who wanted to visually demonstrate just how hip and happening the 60s and early 70s were. 'Lost Tribe', 'What Happens If' and the deliciously-named 'New Free Sex Chocolate' complete proceedings, all three are hard rocking space rock numbers.

This is very decent stuff. In all honesty it's a bit derivative in places, or put another way, it wears its dual enthusiasms for psychedelic whimsy and fuzz-laden jamming on its sleeve as a badge of honour, but it does have a lot of dynamics and appeal and is certainly worth hooking up as a playlist and listening through or grabbing a free download that they've made available.